Saturday Morning Commentary: Evil vs. Good. Do We Have Any Say In The Matter?

"I foresee a period of political and financial instability, hopefully to be followed by the emergence of a new world order."


"The world faces one of the most dangerous periods of modern history---a period of 'evil' ".


"Europe is confronting a descent into chaos and conflict.  In America ... there will be riots on the streets that will lead to a brutal clampdown that will dramatically curtail civil liberties.  The global economic system could even collapse altogether." 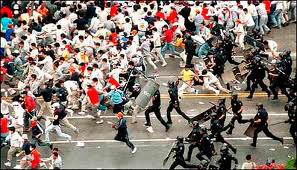 "As anger rises, riots on the streets of American cities are inevitable."


"It will be an excuse for cracking down and using strong-arm tactics to maintain law and order, which, carried to an extreme, could bring about a repressive political system, a society where individual liberty is much more constrained, which would be a break with the tradition of the United States."


So who is issuing these uplifting and encouraging proclamations?  They are documented in his 2008 book The Crash of 2008 and What It Means, as well as articles in Newsweek and recent quotes posted on The Daily Beast.  Of course, it is none other than the controversial George Soros.  Wikipedia says he is a business magnate, investor, philosopher, and philanthropist.  Ask the companies and countries that he has devastated through his currency speculation, and I'm sure they would describe someone a bit more sinister.
But regardless of whether you view him as hero or villain, no one can deny that he has obscure and complex connections in economic and political circles.  So what are we to make of his dire predictions?  Are they inevitable and is there anything we can do to prevent the chaos he seems to relish?
I contend that Evil is clearly on the rise, and as individuals, perhaps we Americans can do nothing to stop the tide.  But I also declare that Goodness always outshines Evil.  And in that vein, I invite you to view a new and uplifting video that takes a stand against the corruption of the world. 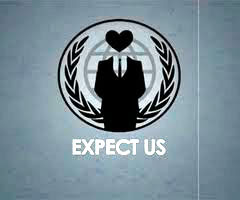 The video mocks Anonymous, the activist hacker of the internet, and states its position, as follows:


This is a message from Goodness.
We have been watching what has been going on for far too long.
We have been silent.
We have been complacent.
Meanwhile, evil has had its' way in this country and throughout the world.
When evil thrived in the political arena, we looked the other way.
When it invaded our schools, ended prayer, replaced discipline, humiliated our children, made them unsafe and fed them lies;
When it took over the media, we could not believe.
When it entered our churches and perverted the doctrine, we ignored it.
And when it slipped into our homes and destroyed our families,
We tolerated ... then accepted ... then embraced it.
We were wrong.
We have been asleep.
We have been in hiding.
BUT NOW, IT'S TIME TO ACT.
As the darkness grows, so do we.
We are waking up.
We are taking action.
We will no longer sit idly by.
As our families, our cities, states, and our nation are torn apart.
We will no longer tolerate the spread of darkness over our land and our planet.
It is time to shine the light.  It is time to take a stand.
We are Goodness; We are random acts of kindness; We are everywhere.
EXPECT US!

So, if you think the destruction of our society and our country is inevitable, I ask that you reconsider.     It may seem like our enemies are too numerous and too powerful, but if just one person resists giving in, and is willing to take a stand for goodness and light, then the darkness has been defeated.   I, for one, intend to do my part.

John 1:4-5     "In Him was life, and that life was the light of all mankind.  The light shines in the darkness, and the darkness has not overcome it."