How To Protect Ourselves Against Economic Terrorism

As I promised you on Saturday, today I will present Kevin Freeman's suggestions on how the average American citizen can protect themselves against an onslaught against our economic system and the potential of a world-wide economic collapse.
As the author of a book titled Secret Weapon, Mr. Freeman laid out a well-researched and multi-dimensional scenario that 1) our unquenchable dependence on foreign oil has left us economically vulnerable to Middle Eastern states;  2) radical Islamists, such as Iran, are working with other unknown forces to manipulate our markets;  3) Foreign governments, such as Russia and China, could possibly have hacked into the Nasdaq, or as equally sinister, secretly plotted to bring down our banking system and housing market, destroying our economy and our reserve currency.  Whether one of these plots, or a combination of any of them are possible, the cracks inside the Western financial system were definitely exploited.  And if you can entertain that possibility, then is it that much harder to imagine that foreigners have control of some segment of our market system? 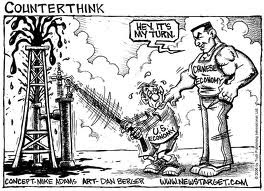 As a recap, Mr. Freeman asserts that the attack on our economy has been staged in three phases:  Phase One:  A driving up of oil prices rapidly through speculation; Phase Two:  the 2008 economic crash was a deliberate attack on our stock market; and Phase Three:  the destruction of our currency and sovereign debt.
So, if you can go that far down the Crazy Town turnpike, what do we, as Americans do about it?  I'm not sure we have any influence in the halls of Congress anymore, and I don't think Wall Street or the Banking System even give us a second thought.  So, it's time that we take care of ourselves and not be identified by the failings of our financial system --- we are Americans, and we know how to resurrect ourselves from the ashes of defeat.
What does Kevin Freeman think are solutions for the average American?  They are not in-depth or profound, but practical, reasonable and prudent.  The truth is, the powers that are assembled against us are stronger than any of us, as individuals, can hope to impede.  My advice is simple: apply which ones you can, and do them as best you can.
1)  Education - Know and understand what's going on; pay attention to economic news and do your own research; there is no substitute for educating yourself. 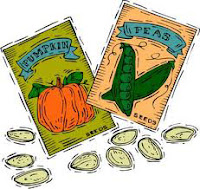 2)  Diversify your holdings - it has always been assumed that U.S. Treasury Bonds are safe.  Mr. Freeman maintains that's where the new attacks will come.  His recommendation:  a) buy land  b) buy hard assets, such as energy investments  c) buy seeds for growing food  d) buy fertilizer  e) buy commodities such as gold and silver.
3) If you're going to invest in the stock market.... invest in shares of companies that can adjust to a decline in the economy.  Even in times of hyperinflation, you can make a profit.  A good example is Apple.
4) Invest in other currencies - You don't want all your eggs in the U.S. dollar; consider investing in Canadian CDs.
5) Get to know your community - In a SHTF scenario, we will need community to survive and thrive.  Get like-minded people together.  Make a plan.  When you are organized and prepared, there will be much less panic.
And his last and I think best piece of advice.....PRAY.  Mr. Freeman is not shy about stating that God is the answer.  And neither am I.

Deuteronomy 28:43    "The foreigners who reside among you will rise above you higher and higher, but you will sink lower and lower."


2 Chronicles 7:14    "If my people, who are called by my name, will humble themselves, and pray and seek my face, and turn from their wicked ways, then I will hear from heaven, and I will forgive their sin and will heal their land."