Occupation 101: New College Course at NYU.....Are You Kidding Me?

SUBTITLE:  What Do Occupy Wall Street and Dr. Zhivago Have In Common?

So… now the pampered and protected youth of America will receive instruction on the merits and rewards of the popular and propagated social movement known as Occupy Wall Street.
Gone will be the threat of suspension or expulsion for disrupting the education of other students.  The 99% will now be educated and informed on how to control the 1%, while receiving credit towards their American Studies or Political Science degrees.  And they (and their parents) will continue to pay undergraduate tuition to the tune of $41,000.  What is wrong with this picture?
I would expect this kind of nonsense from a university in New York, but how long before this cancer spreads to other Liberal Arts colleges and becomes an acceptable part of the curriculum?  And will you really be surprised when it turns up in our high schools and middle schools?
I am not a proponent of corruption or injustice, but if anyone dares to proclaim that America is no longer the land of dreams and opportunity, or that the unwashed masses have the right to take what they want (but are unwilling to work for)…..then how far away are we from living out the story of the popular movie, Dr. Zhivago? 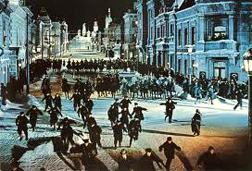 That may seem like a huge leap, but follow me.  A young idealistic social democrat (Pasha) gets caught up in the fervor of standing up for the poor and disadvantaged worker.  The peaceful protests soon turn violent when the government uses paramilitary forces (the Cossacks) to squelch the demonstrations.
The idealistic youth and poor are pitted against the producing class and the wealthy elites to foment a revolution in which the new Communist party emerges.
When Yuri Zhivago returns from the western front to his boyhood home in Moscow, he finds it divided into tenements by the new Soviet government; the family’s possessions have been divided among the proletariat.  He is reduced to scrounging stolen firewood in order to keep his family warm during the freezing Russian winter.  His poetry has been condemned as being antagonistic to Communism.
The producers of Russian society have effectively and efficiently been collectively punished for their transgression of having something someone else wanted.  Zhivago decides to “bug out” and head for their country estate, where the family thrives for a short time.

But in the end, the civil war in Russia separates families, lovers and friends; political allies become political foes and Trotsky’s world revolution is abandoned in favor of Stalin’s socialism.
Stalin’s “New Economic Policy” saw a period of rapid social changes and resulted in mass repression of the populace --- and that’s putting it mildly (research Joseph Stalin and his Great Purge for the depth of his immoral and evil actions).
We have not yet reached the stage where the participants of Occupy Wall Street have joined an army to sweep across this country and effect massive political and economic change, BUT they have been allowed to move into foreclosed and abandoned homes. (Just Google “Occupy Our Homes”).  It’s the movement’s self-proclaimed New Frontier. 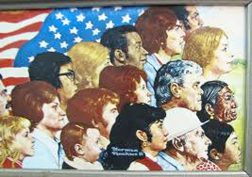 It’s time for Americans to take back our education system and begin teaching the fundamental goodness of America and what is at the core of who we are – how to become productive members of society, who give back and pay it forward; who know the rewards of a hard day’s work, and who reject the idea of entitlement.  Maybe instead of Occupation 101, there should be a new course and it should be called “Re-Discovering the Greatness of America”.  And it should be mandatory, not only for students, but professors!  Then maybe we could put a stop to this madness.


Psalm 111:10     "The fear of the Lord is the beginning of wisdom; all who follow his precepts have good understanding.  To Him belongs eternal praise."
Posted by Pam Kohler at 7:00 AM