"There Is Therefore Now No Condemnation For Those In Jesus Christ"

Two months ago, I wrote a blog post decrying the condemnation coming against popular Bible teacher Beth Moore.  At the time, I wrote that it wasn't quite clear why the fundamentalist, conservative website Pulpit and Pen was coming after Moore so hard.  Their complaints were shrouded in unsubstantiated grievances, and it took a lot of research to uncover the somewhat lukewarm objections that she was a woman who taught before men (which they say violates Paul's command for women to be silent in the church), and she claimed to "hear the voice of God".  But, I instinctively knew there was a deeper objection that infected this angry segment of the Body of Christ.  Now it has come out into the open....

Author J. Lee Grady wrote an article on Charisma News applauding the appearance of Beth Moore as a speaker at a Conference of Pentecostal associations and churches.  Grady wrote that Moore's speech was "so convicting and so saturated in the Holy Spirit .... that people wept, prayed, and sobbed uncontrollably".  Grady stated that Moore based her message on Jeremiah 12:5: "If you have run with the footmen, and they have wearied you, then how can you contend with horses?"  He wrote that "Moore lamented the powerless state of the modern church and called us back to the raw authenticity of New Testament faith".
And then came the statement that has [not surprisingly] set the angry tongues wagging at Pulpit and Pen... "We are settling for woefully less than what Jesus promised us," said Moore. "I read my New Testament over and over. I'm not seeing what He promised. I'm unsettled and unsatisfied." She added: "I want holy fire!" Amen, Sister! 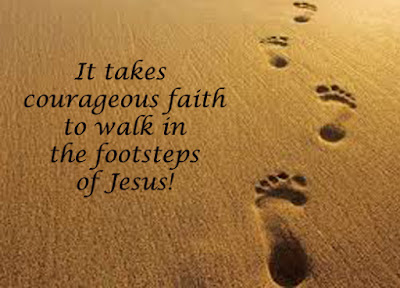 Please feel free to click on the following links and read the article by J. Lee Grady on Charisma News, and the opposing viewpoint on Pulpit and Pen.  Then I welcome your prayerful discernment and comments.

Matthew 15:14   "Let them alone; they are blind guides of the blind. And if a blind man guides a blind man, both will fall into a pit".

Email ThisBlogThis!Share to TwitterShare to FacebookShare to Pinterest
Labels: Courage, Discernment, Faith, Knowledge of God, Our Theology, The Bible., The Church